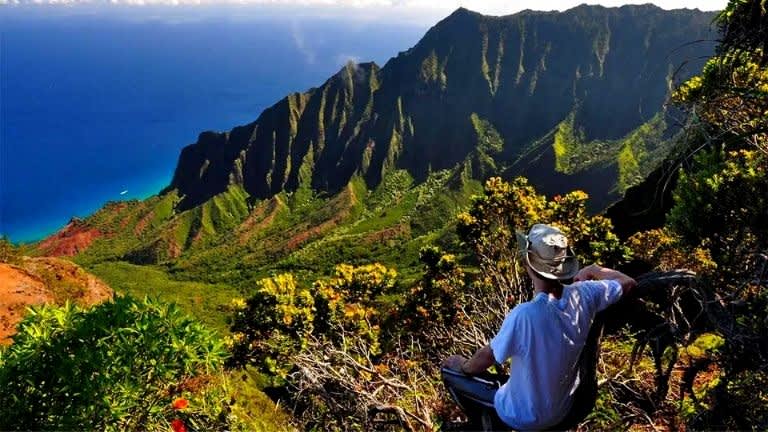 From the enormous city of Honolulu to tranquil black-sand beachfront to eateries serving creative sumptuous Hawaiian cuisine, the Islands have a lot to offer visitors and probably the best time to visit Hawaii is anytime.

A trip to the islands can also be planned using cheap airfare or redeeming your frequent flyer miles. It only takes a little forethought, which we’ll show you how to do.

So you’ve decided to go to Hawaii. It’s understandable – it’s a fantastic location. However, unless you’re taking advantage of a last-minute airfare ticket or you’ll want to plan ahead to guarantee you get there at the best time possible.

Consider this your ultimate guide to organizing a wonderful trip to Hawaii, whether you’re seeking clean, gorgeous weather or the best time to reserve Hawaiian accommodation.

Best Time of the Year to Visit Hawaii 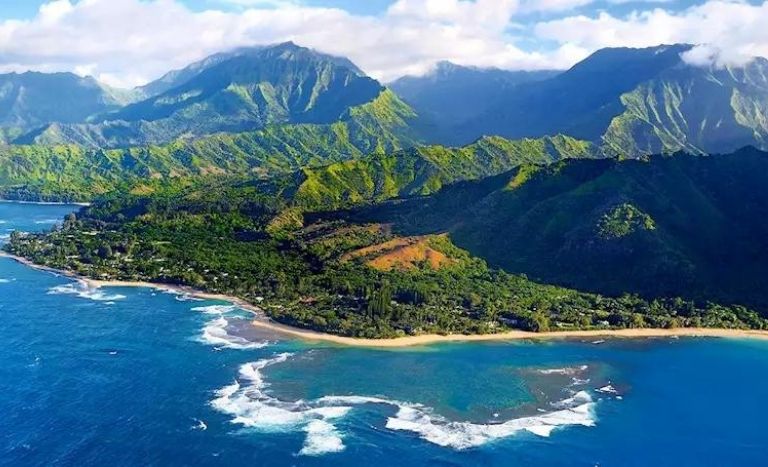 In general, the best month to visit Hawaii are June, July, and September. This is the time of year when visitors can expect the lightest rain and warm water degrees. Hawaii, on the other hand, offers pleasant weather all year. So the glass is still half full if you can’t manage to go between June, July, or September. 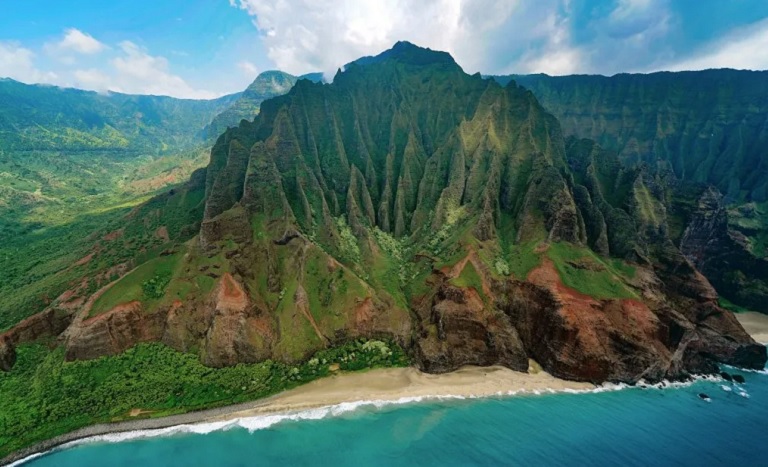 O’ahu, Maui, Kaua’i, and Hawai’i Island are the four primary islands that makeup Hawai’i. While it may be appealing to visit all of them during your vacation, we recommend limiting yourself to Maui or Oahu. You can surf, and Maui boasts some of the best beginning beaches in the world. If food is your thing. Oahu could draw your attention because of its creative culinary scene, which includes everything from food trucks to farm-to-table menus.

Best Time to Visit Hawaiian Island – Things to do in Hawaii 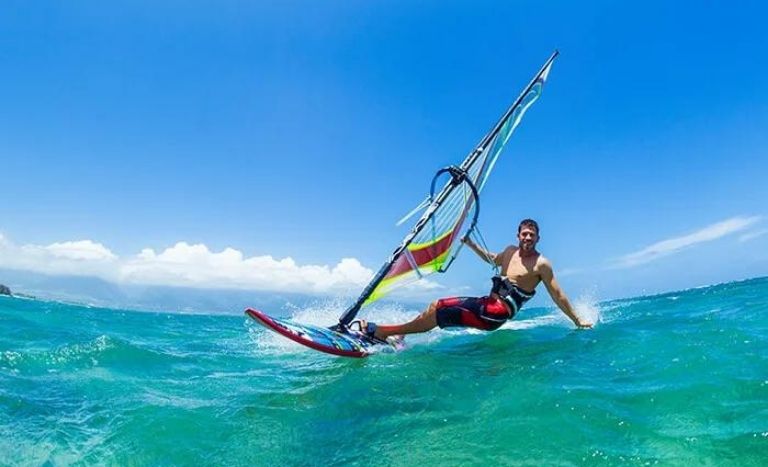 Hawaii’s tropical climate and laid-back Pacific Island vibe are just a few of the things that make it so unique. These islands, which are perched on gigantic volcanic mountaintops that protrude out into the sea, offer a diverse and magnificent landscape that ranges from the barren planet’s surface of the Kilauea volcano to lush green jungles brimming with exotic flowers.

On the stunning Na Pali shoreline, waterfalls cascade down the mountain slopes like tears, while ancient streams dug deep into the rock of Kauai to create the Waimea Canyon. An active volcano can be found on the Big Island, and Pearl Harbour and its rich history can be found on Oahu.

Among all these beauties and fancies, there are water and wildlife activities that you can’t afford to miss. 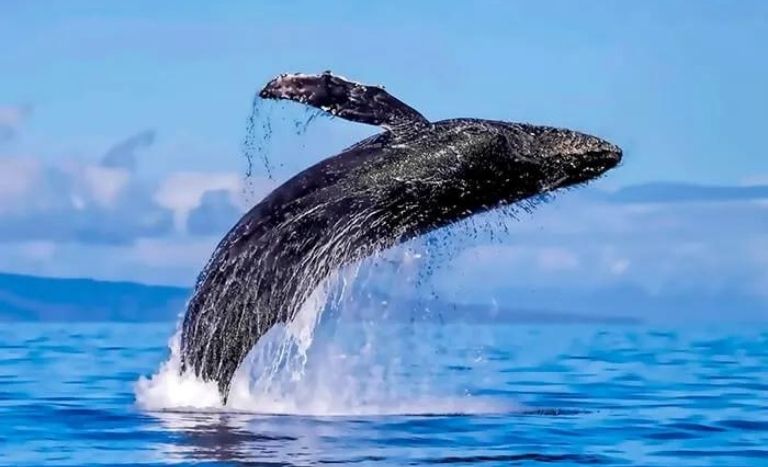 The tropical climate and laid-back Pacific Island feel are just a few of the attributes that distinguish Hawaii. These islands, which are set on supervolcano peaks that extend into the sea, offer a diversified and stunning panorama that includes everything from the barren planet’s surface of the Kilauea volcano to lush green jungles teeming with exotic flowers.

The gigantic Pacific surrounds them all, providing limitless options for snorkelling, scuba diving, surfing, and sunbathing. Perhaps the most unique aspect of the islands is their people, whose friendly approach makes you feel as if you’ve arrived in a utopia.

Here is your guide to discovering the best island to visit in Hawaii for the first time, things to do, the best time to visit, what to eat, and much more :

Honolulu is Hawaii’s capital and the state’s primary entrance point for most visitors. The city of Honolulu is divided into three sections: Waikiki, Downtown, and Pearl Harbour. Waikiki, a peninsula measuring about half a square mile with a gorgeous stretch of white-sand beach, is the primary attraction. With more lodgings, eateries, and stores than the rest of Hawaii, this little area is one of the most densely populated in the state. 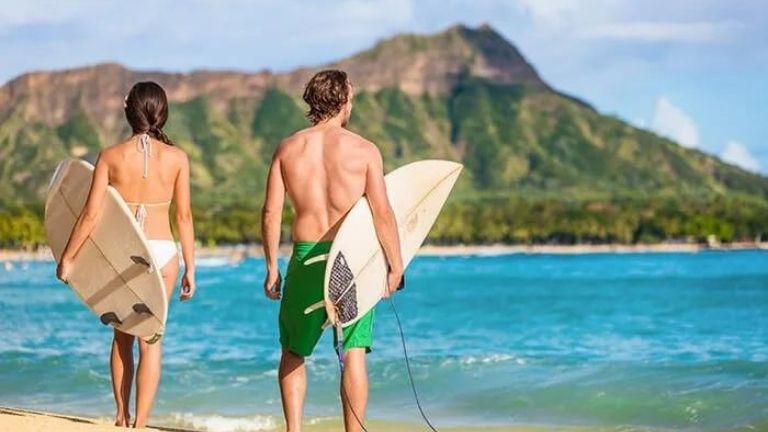 Gorgeous beaches, surfing, spectacular landscape, and a pleasant climate characterise Maui. The island is located west of Hawaii’s Big Island and is approximately 68 miles from Oahu. With a surface size of 694 square miles and 120 miles of shoreline, it is the second biggest island in the Hawaiian peninsula. Maui is Hawaii’s second-most-visited island, after Oahu. 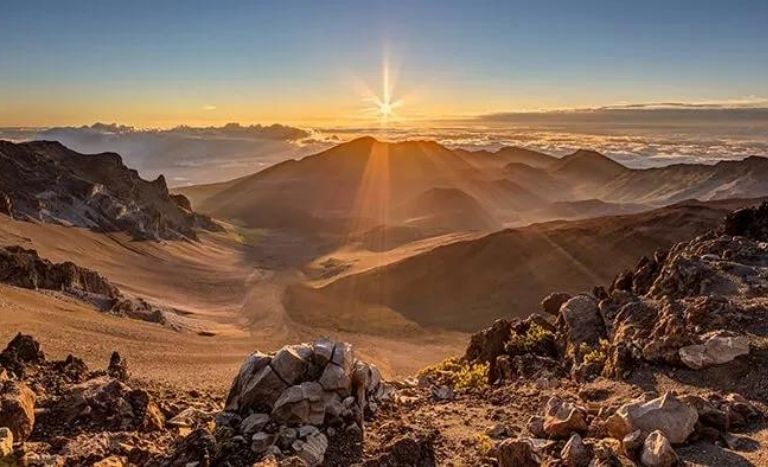 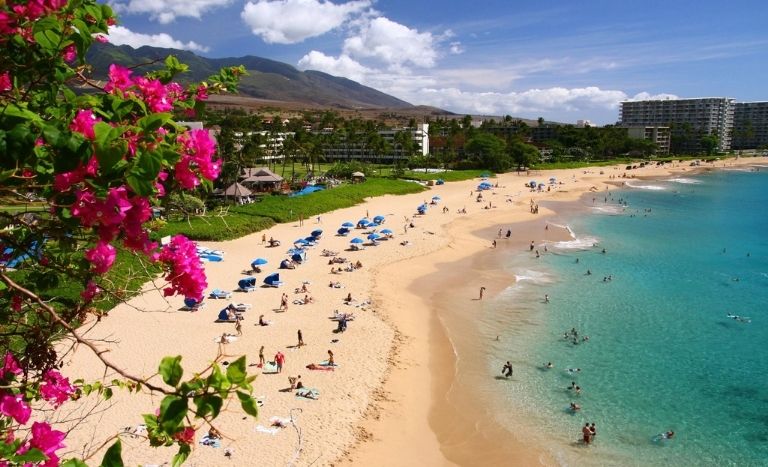 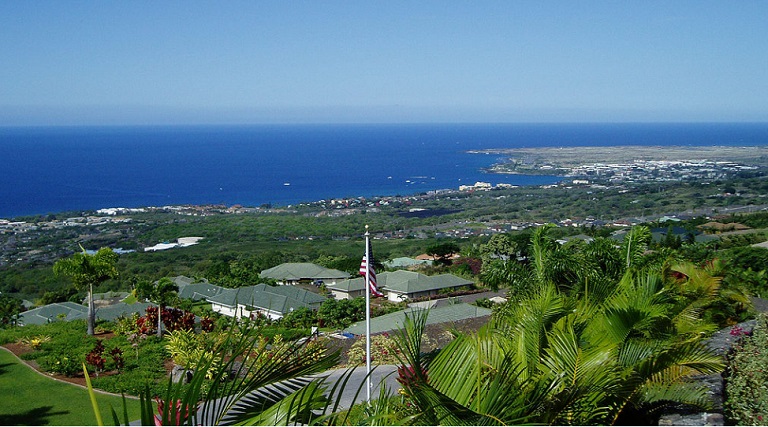 This town, officially known as Kailua-Kona, is located on the Big Island’s western coast. Kona was once a modest fishing town, but it has since grown into a bustling local hub and a popular holiday destination.
Kona is now more than simply a relaxing vacation spot. This crafted island serves as a gateway to geological activities, surf places, snorkelling, and learning about Hawaii’s history and culture. There are so many things to do that we’ve compiled a list of some of the greatest to get you started. We have also covered what is the best time of the year to visit Hawaii for a Kona trip. 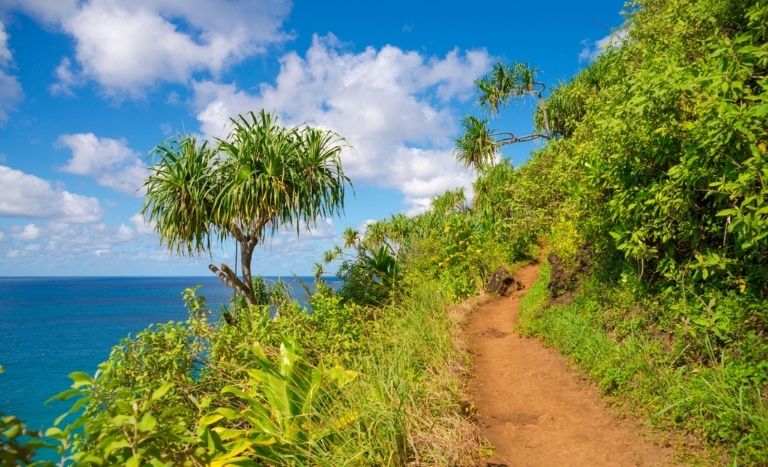 With sailing and helicopter flights available to visit the magnificent Napali coast, walks in multi-coloured caves, sunset margaritas, and frequent sightings of humpbacks, dolphins, and turtles, your stay on the island could be a mix of leisure and adventure. 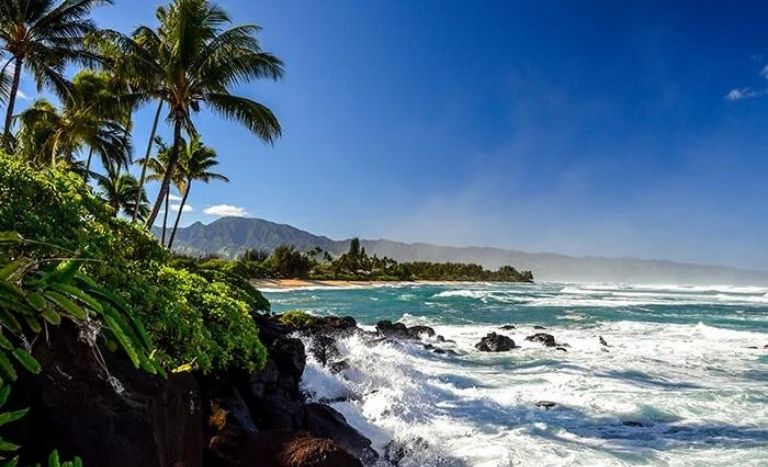 When is the Good Time to Visit Hawaii – Events and Festivals 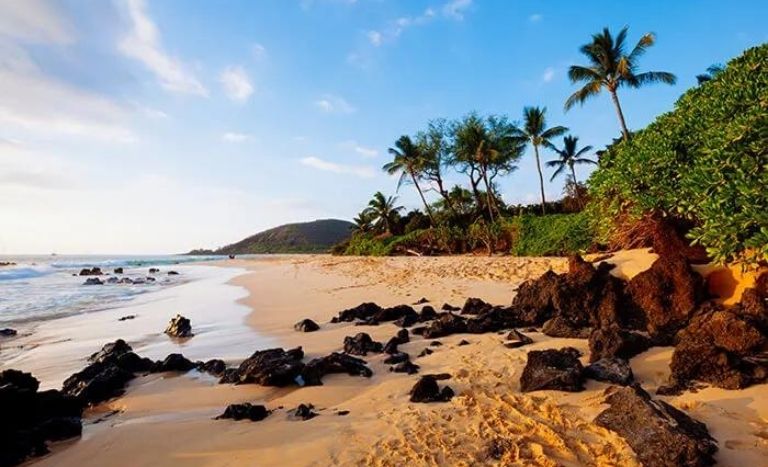 If you look deep into Hawaii’s local community, you’ll find a culture full of paniolo Texans, Chinese deities, ethnic celebrations, culinary events, and a diverse range of festivities. Commemorations, carnivals, food and craft fairs, musicals, and family events are all held throughout the year to celebrate Hawaii’s rich culture. 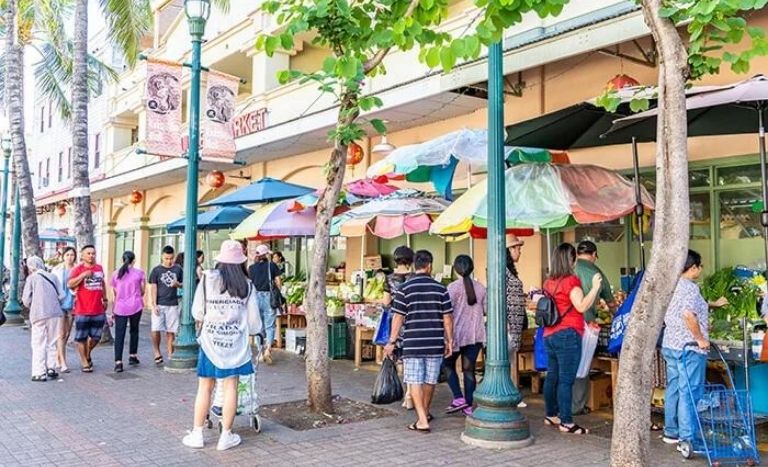 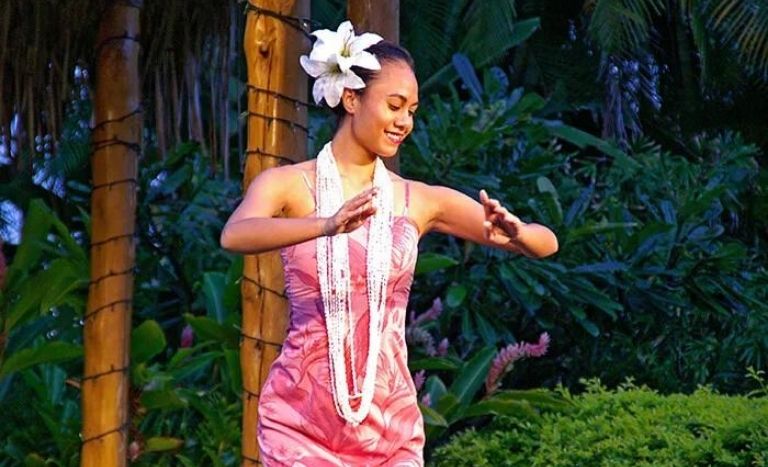 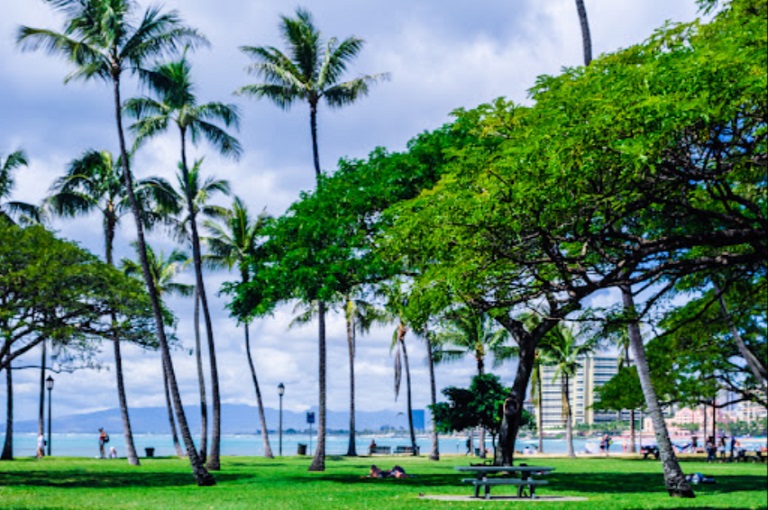 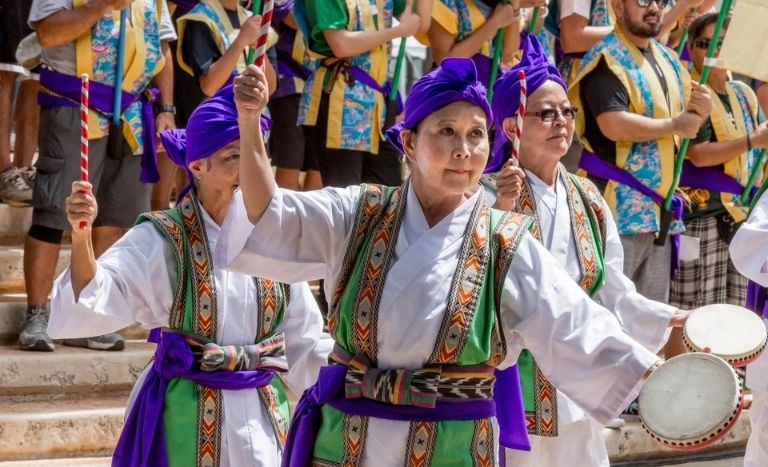 The atmosphere is laid-back, the sea is clean and life’s pretty good. So this ultimate guide should help you choose when you can visit the Hawaiian islands and make sure your tropical dream comes true. When to go The only time you never want to go to Hawaii is during hurricane season. So what are the other times koa fly? Typically, September to November, April to May and February are considered the best months of the year for a holiday in Hawaii, so it’s worth booking early if that’s when you’re hoping to go.
So the definitive answer to ‘best time to visit Hawaii’ is anytime and the reason being is that the climate remains consistent throughout the year. Have fun!

Amazing suggestion, your blog is amazing 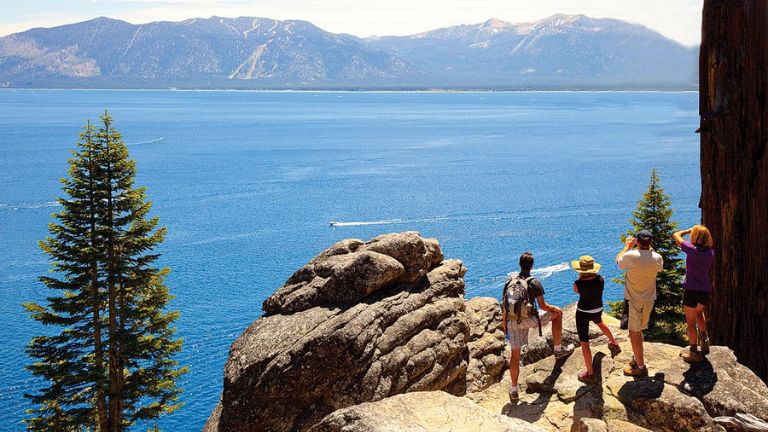 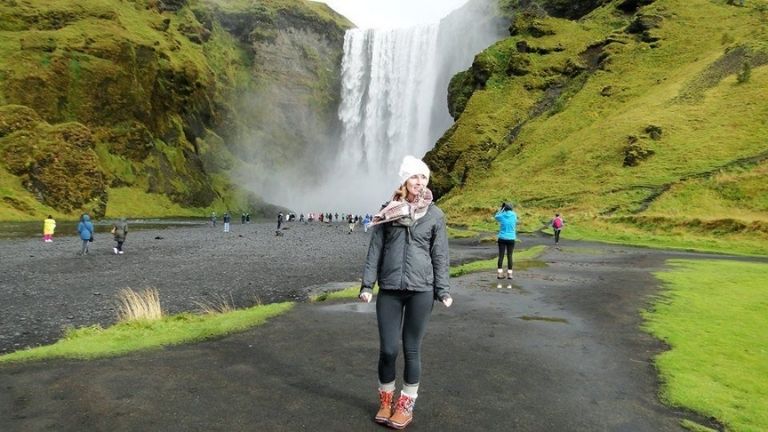