Characters from the Old West have been immortalized in tales, and in some circumstances, come back to life on the arid streets of Tombstone. Thus making this renowned Wild West town the grandfather of western legend.

The town, which is in the southeast corner of Arizona and is about an hour’s drive from Tucson. It has conserved and restored many of the original structures and made them accessible to the public as museums, eateries, and shops.

Staged gunfights break out in the streets as actors costumed in medieval garb stroll along covered boardwalks or arrive by horseback. Visitors are encouraged to embrace the past and partake in the action. Our list of the top tourist destinations and activities in Tombstone will help you plan your trip.

1. Tour the The Wyatt Earp House and Gallery

The name Wyatt Earp is closely associated with the cowboy and lawman legends that are prevalent in southwest American folklore.

The home of Wyatt Earp has been transformed into a museum and exhibition. It features perhaps the largest collection of genuine artifacts from this legendary man’s fascinating life.

When he was a resident of Tombstone, Wyatt shared a home with Mattie, his common-law wife, who passed away from a drug overdose. It was subsequently ruled to have committed suicide by the local medical examiner.

In case you’d like to purchase a piece of American history, there are things available for purchase as well.

2. A Good Enough Mine Tour Takes You Deep Underground

Take a Good Enough Mine Tour to learn more about the mining history and what brought people to Tombstone. The town’s rough and tumble past is everywhere you look. A significant producer of silver in the region, the Goodenough Mine started operations in 1879.

You may now take an underground tour to learn more about the mine’s operations and to hear tales of the miners. You will descend 100 feet to reach the ruins of an old silver mine. The 45-minute trip requires a couple flights of stairs.

3. Check Out a Gunfight at the OK Corral

The most well-known location in Tombstone is The OK Corral. This was the location of the notorious Old West shootout between the Clanton and Earp gangs in 1881. Today, life-size reproductions of the nine gunfighters stand on the locations where the conflict began, providing a sense of the distance and the general layout. The environment has largely unchanged since 1881.

Every day inside the OK Corral, a replica of the gunfight is staged, replete with gunfire noises and smoke in the air.

A trip to the OK Corral includes access to the Historama and the Tombstone Epitaph in addition to the gunfight reenactment. Visitors can also view the stables and C.S. Fly’s Photo Gallery.

Given the history of gunfights, hangings, dead people, and prisons, it might be a good idea to take a break, appreciate some nature, and purge your spirit of all that gruesome history.

The vast Sonoran Desert meets the San Pedro River in the San Pedro Riparian National Conservation Area, which is located south of Tombstone. This area is home to a variety of unique plants and animals.

The conservation area is particularly well-known for the hundreds of different bird species that it attracts. It features seasonal migratory wading birds and waterfowl.

It’s one of the free things to do in Tombstone AZ with plenty of well-marked trails.

The Rose Tree Museum, which was first established in the 1960s, provides a look into the history of the families that have called Tombstone their home for many years. The largest rose tree in the world may be found in the backyard. If you’re in the area between mid-March and mid-May, make sure to stop by to view the spectacular display of double white blossoms.

The rose tree offers plenty of shade and is a wonderful place to escape Tombstone’s heat. The museum also provides lodging in rooms with unrestricted access to the rose tree.

Visitors will invariably find themselves on Allen Street, which runs through the center of the city. Along with the eateries, boutiques, and renowned old saloons, this is also where many of the major attractions are located.

In this hot town, covered boardwalks provide some shade throughout the length of the roadway.

Allen Street is also the site of historical re-enactments, with actors staging simulated gunfights and barroom brawls breaking out in the eateries.

Even when nothing is happening, actors in western garb wander the streets. The renowned O.K. Corral is located on one of the corners of Allen Street.

7. Bring Along the Kids at Flandrau Science Center

The Flandrau Science Center  is crammed with a tonne of science, space, and natural history displays . It will keep you and your kids occupied for hours as you enjoy the exhibits amidst the center’s excellent air conditioning.

Many tourists enjoy going to the planetarium, and it will give you a realistic guided tour of the cosmos. One of the best things to do in Tombstone AZ, and is once in a lifetime experience.

For the youngsters, there are several engaging displays available that they can enjoy while learning.

It is affordable, and a trip through the campus is highly recommended.

8. Epitaph on a Tombstone

John Philip Clum established the Tombstone “Epitaph” newspaper in 1880. The local newspaper of the time, it covered the events that later became known as Tombstone’s history. The shooting at the O.K. Corral was one of the earliest significant news items. It is still published regularly today and is renowned for being the state’s oldest continuously published newspaper. It is still written as though it were back in the day. Its goal is to reflect the history of the Old West while being enjoyable and entertaining.

Visitors can view printing processes from the 1880s at the Epitaph Museum, a free attraction in Tombstone. There is a display of the original press.

All of the town’s hanged, lynched, and gunfight victims are laid to rest in Tombstone’s Boothill Graveyard. There are 276 graves, many of which are unmarked, according to estimates. Due to the fact that so few people at the time had identification, Boot Hill, which was established in 1878, contains many unknown burial stones. Many were just known by their nicknames!

The graveyard was repaired in more recent years, and the crosses were refurbished and painted, giving it a much less natural feel. You can now read the inscriptions, which is an advantage.

The Tombstone Courthouse, which is now a State Historic Park, was completed in 1882. It was demolished in 1929 when the county seat was relocated to Bisbee. With a jail at the back, the courthouse served as the office for the police, registrar, auditor, and board of supervisors.

The structure now houses one of Tombstone’s top museums. The lives of local residents from the late 19th and early 18th centuries are covered in great detail here. A variety of intriguing old objects are on display within. A model of the gallows where offenders were publicly hanged stands outside in the courtyard.

The Bird Cage Theatre, which was built in 188, ran day and night for eight consecutive years, never shut down.

The Bird Cage is described as having 140 bullet holes in the wall and ceiling and functions as a theater, dance hall, tavern, and brothel.

The stage and orchestra pit have been hand-painted, and the original fixtures and furniture are still on show.

Photos and biographies of the numerous performers are displayed on the stage. The building’s basement contains certain rooms that have been made public after being closed off since 1889.

They remain in the same condition in which they were discovered recently.

Many people also think that the structure is haunted, and a common activity here is taking a ghost tour.

Many people believe that the building is haunted. The ghost tour, which takes place in the early evening, is one of the most popular things to do here.

Visit Old Tombstone Western Theme Park for a new perspective on the battle at the OK Corral. You’ll discover a humorous and lighthearted interpretation of what actually transpired here.

The dressed-up actors enjoy making the audience laugh with their antics and tricks. The 17-hole miniature golf course, a Shootin’ Gallery, a railway museum,  and a jailhouse are all features of the Old Tombstone Western Theme Park.

Consider making a reservation in advance along with a ticket to the Gunfight Show at the Western Theme Park for this, one of the most well-liked attractions in the area.

This is the greatest spot to learn about Tombstone’s history and hear some of the stories behind the people who lived here and contributed to the mythology and myths that surround the town.

Visitors can learn more about the Old West by watching this 30-minute video presentation, which is narrated by Vincent Price. With an OK Corral ticket, you also get access to the Historama.

Make careful to arrive at the appropriate time because the show starts and ends on the hour.

When are You Planning Your Trip to Tombstone AZ?

Tombstone is not just a tourist destination, but also a fun place to live. Tombstone is a must visit for anyone who has ever watched or been interested in the Old West. It has that quiet western charm that feels like you’re on the set of an old cowboy movie. Its location in southeastern Arizona adds to its appeal as Tombstone is not too far away from Phoenix and Tucson, where a lot of tourists may be based out of.

Whether your trip to Tombstone is for business or pleasure, for one day or two weeks, our list of things to do will help you make the most of your visit. This list includes top rated restaurants, things to see and do, entertainment venues, and historical sites of interest.

Also Read: Best Things To Do in Yuma AZ 16 Amazing Things To Do in Lenox, Massachusetts Enjoyable & Fun Things To Do in Kingsport, TN 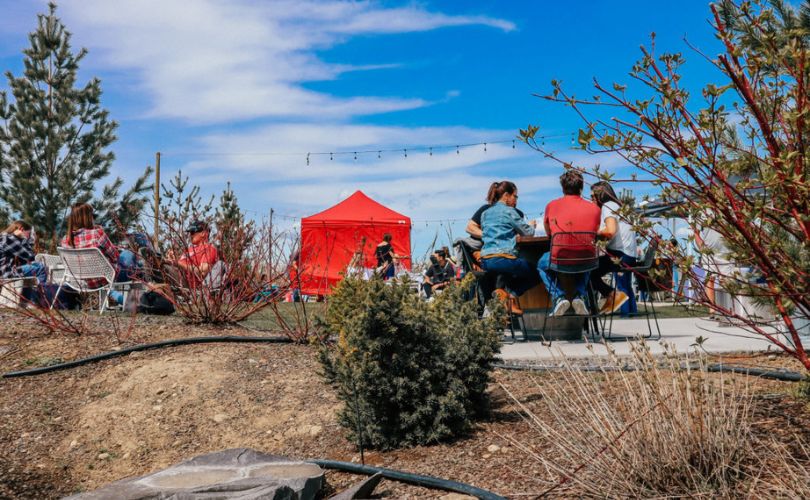 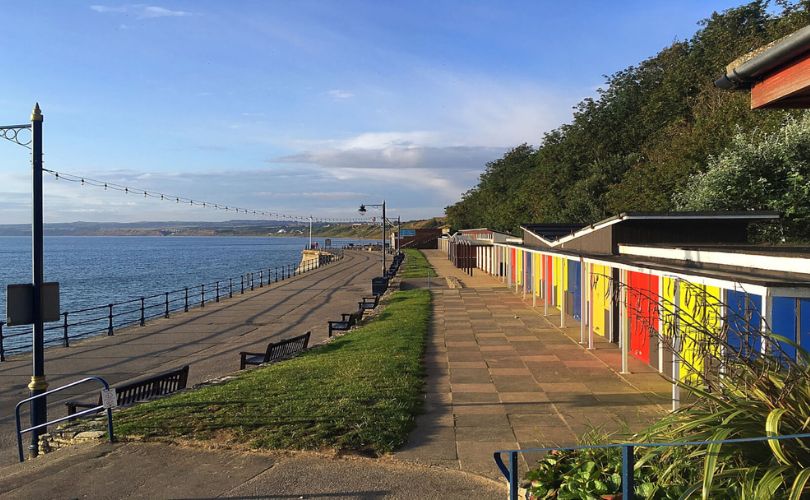 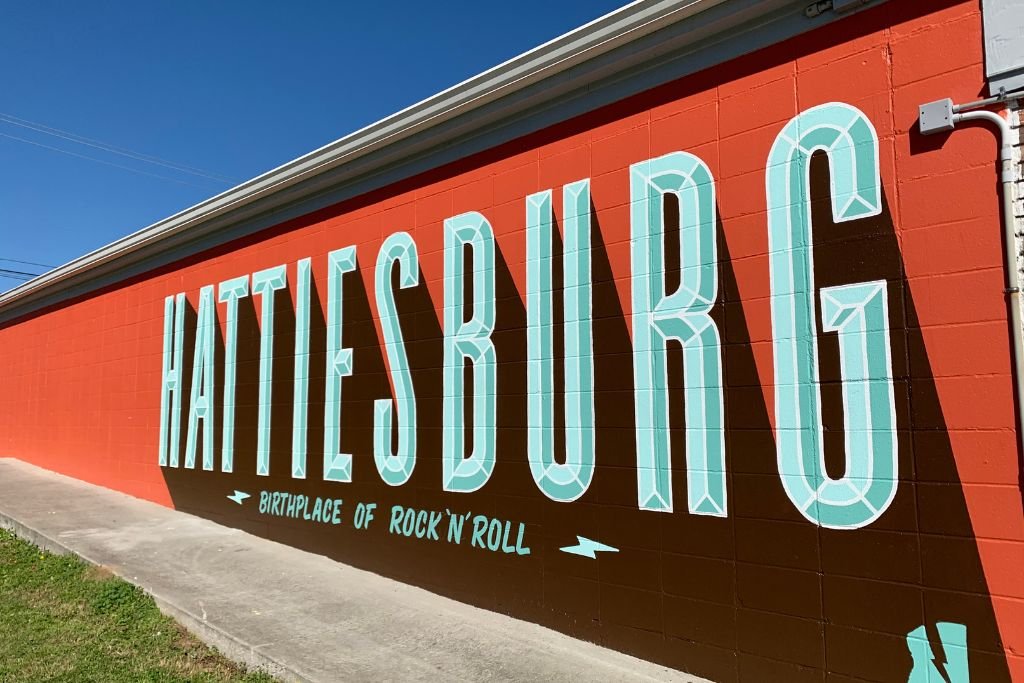