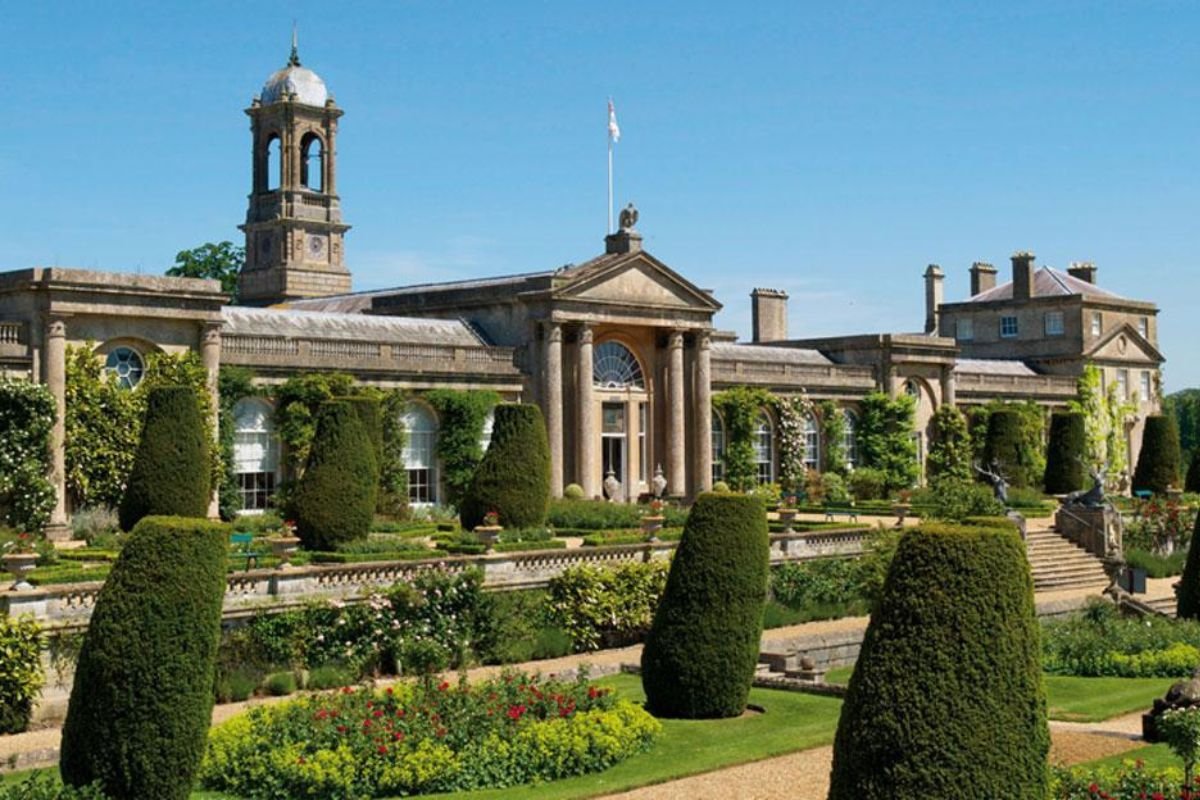 Swindon is a sizable and expanding town amid a rolling rural area in the north of Wiltshire. It is halfway between the Cotswolds and the North Wessex Downs.

Swindon was a tiny, typical market town until the mid-19th century. It is , when the completion of the Great Western Railway transformed it into a major transit hub.

The colossal Swindon Works was built by the legendary engineer Isambard Kingdom Brunel to maintain the line and its train stock. It was closed in the 1980s, and was gradually converted into a first-rate museum.

Wiltshire is home to numerous hill forts, barrows, and a World Heritage stone circle within a 10-mile radius.

Let’s examine the 13 best things to do in Swindon.

1. Explore the Oldest Road in Britain – The Ridgeway

An old path that crosses the North Wessex Downs and the Chilterns has been maintained as a National Trail since 1972.

The Ridgeway, a trackway used since prehistory by troops, shepherds, and travelers, has been hailed as the oldest road in Britain.

The Ridgeway begins in Swindon and winds down to Overton Hill, just west of Marlborough.

There is history from the Bronze and Iron ages on every hill, if you feel like walking a piece.

For instance, Liddington Castle is the highest point in the Borough of Swindon and a late Bronze Age fort. Its elevation is 277 meters.

Nearby, the 2,500-year-old, unmistakable Barbury Castle is an Iron Age structure with two tiers of steep ramparts.

2. Tour the Swindon and Cricklade Railway

Beginning in the 1880s, the Midland and South Western Junction Railway served a wide swath of the West. It ranges from Cheltenham in Gloucestershire to Andover in Hampshire.

The line stopped accepting passengers in 1961 and was completely shut down a few years later.

In 1978, a preservation society was established, and a brief section of the line between Blunsdon Station and Hayes Knoll was made operational.

In 2014, it was eventually extended all the way to Taw Valley Halt, which lies on the northern outskirts of Swindon. Given that volunteers run the line, it’s a remarkable accomplishment.

One of the fun things to do in Swindon this weekend which features regular murder mystery nights, kid-friendly treasure hunts, a steam cider and sausages event in the summer. In winters, visitors may enjoy “Santa Specials.” during Christmas.

3. Tour the STEAM Museum of the Great Western Railway

The Swindon Works of the Great Western Railway was one of the biggest railroad facilities in the world at a period and operated for more than 140 years, up until 1986.

Some of these historically significant structures were turned into a museum honoring the Great Western Railway’s past in 2000.

Isambard Kingdom Brunel, a Victorian engineer who created the railroad and its infrastructure almost entirely by himself, is the venue’s most notable figure.

A wonderfully exhibited collection of steam locomotives, including a replica of a GWR Star Class train from 1838 and a GWR 2301 Class from 1897, are housed in the roomy former sheds.

The museum is manned by former train workers, who provide privileged access to the displays. There are tableaux depicting station scenes, ballast waggon loading, and old-time trades such as carriage-making.

A historic route that traverses the Chiltern Mountains and the North Wessex Downs has been preserved as a National Trail since 1972.

The Ridgeway has been heralded as Britain’s oldest road, having been used by soldiers, shepherds, and travelers since prehistory.

Swindon is the starting point of the Ridgeway, which descends to Overton Hill, which is located close to Marlborough.

On every hill, if you feel like walking a bit, there is history from the Bronze and Iron periods.

For instance, Liddington Castle, a fort from the late Bronze Age, is located at the highest point in the Borough of Swindon. It is 277 meters above sea level.

Nearby, the recognisable 2,500-year-old Barbury Castle is an Iron Age fortress with two stories of steep ramparts.

Stanton Park, a 185-hectare country park to the north of Swindon, has broad pasture, flower meadows, a sizable fish pond, and woodland.

The Great Wood is a unique area of ancient deciduous woodland with ancient oak and willow trees that dates back at least four centuries.

Numerous species, including buzzards, roe deer, and an unique variety of mushrooms, depend on it as a habitat.

Try to visit in the spring or early summer when the meadows are in flower and the sheep are lambing.

6. Visit the Museum of Computing

A 75-year timeline of computer technology is on display at the Museum of Computing, and is one of the top things to do with kids in Swindon.

A Science of Cambridge MK14 from 1977 and a Nintendo Power Glove from 1989 are two uncommon displays. Parents can introduce their kids to the joys of Gameboys, Soccer, or Shooter Games because the bulk of the Museum of Computing’s exhibits are in working condition and playable.

The town of Swindon melts into the surrounding open countryside in a country park to the northwest of the city.

The park is named after a 100-meter hill above the River Ray. You can visit to walk along the river or a section of the restored Old Swindon Canal.

A lake hidden among the trees is cherished by anglers for its stocks of pidgeon, eels, chrome, brea, goldfish, and horned toad.

8. The Major Agro Attraction Awaits You at Roves Farm

Roves Farm is a significant agricultural attraction that combines play spaces and animal encounters with gentle educational experiences. It is ideal for families with children up to the age of 10.

Two acres of willow woods provide children the opportunity to build their own dens, or they can join a family walk while completing activity papers. Additionally, there are sand pits, a heated play cottage, an adventure playground, and a jungle gym.

A Palladian country house amid 260 acres of parkland located on Swindon’s western outskirts and is one of the top attractions in Swindon.

The grounds are accessible all year long, and the walled garden from the 1740s is their outstanding achievement. It was planted with the same kind of fruit trees and blooming plants as it was nearly 300 years ago.

The larger park is made up of lakes, woodland, pasture, and lawns, along with noteworthy Georgian estate artifacts like an ice arena and a bistro in the forest.

The Swindon Museum and Art Gallery are located side by side in Swindon’s Old Town and are among the most unusual things to do in Swindon.

Roman ceramics and coins from a hamlet at Wanborough are among the interesting local archaeological items housed in the museum. It is located in a designated Georgian townhouse.

A variety of fossils from the Jurassic period and an Egyptian hand that has been mummified are also on display.

The art gallery is housed in a contemporary structure and is well-known for its holdings of famous British artists from the 20th century. It features Macfarlane Fraser, L. S. Reynolds, Thomas Maddox, and Julian Pinter.

In the summer of 2018, these included a display of postwar British art, contemporary ceramics, and historical representations of commerce in Swindon. There are typically four or five parallel temporary galleries.

It’s impossible not to fall head over heels for the Wiltshire countryside. And, Victorian author Richard Jefferies was one to openly express his love for its beautiful vistas.

His birthplace and childhood house in Coate, where he was born in 1848, are now museums.

The quaint 19th-century farmhouse’s galleries explore Jefferies’ relationship with agriculture and the natural world. It also reveals how it was captured in well-known pieces like The Life of the Fields and Bevis.

The exhibitions also examine Jefferies’ influence on Edward Thomas, another writer from the West Country, and the likes of  David Attenborough since he was a pioneering conservationist.

There are family heirlooms and a shop selling all of Jefferies’ works.

The River Cole was diverted in 1822, leading to the construction of a huge reservoir in the Coate neighborhood of Swindon.

The plan was to replenish the Wilts & Berks Canal, which had been abandoned at the turn of the century.

The reservoir quickly rose to prominence as the centerpiece of the recreation area.

The reservoir has been closed to swimming since 1958, But, a graceful Art Deco diving platform from 1935 has been preserved and given listed status.

There are bird hides to help you get a better view of the lake’s breeding birds and migrating species during the changing seasons. The lake is also a natural reserve.

Deer and foxes may be seen in the floral meadows while the woodland features mature birch, ash, and oak trees.

There is a brand-new splash park for kids that opens in the summer, and you can rent a horse field and a grill for the day.

The McArthurGlen Designer Outlet in Swindon draws shoppers from great distances. One of the best things to do in Swindon for couples where they may save up to 60% off the regular retail price.

This is one of the largest covered designer boutiques in Europe and is located on the same property as the STEAM museum. It has a stunning location inside the renovated brick industrial structures of the Great Western Railway Works in Swindon.

There are more than 90 stores here, including both domestic favorites like Guess and Kelvin Klein as well as well-known international labels like Kkw , Hugo, Zara and Adidas.

There are more well-known British retailers like Ted Baker, Next, and M&S. Shopping for discounts is hungry work, and there are a variety of fast food, fast casual, and more formal eateries, including Carluccio’s, Wagamama, and Subway.

When are You Planning your Trip to Swindon?

The town’s main attraction is the Great Western Railway Centre and Museum, where a masterpiece building has been converted into a terrific museum. The wildlife in nearby nature reserves and ancient sites is another big attraction. Many people come to see the town’s rare steam railway locomotives, and there are plenty of shops and old buildings to explore. If you have interests in those things already, or if you’re interested in finding them, Swindon will be an excellent place to visit.

We hope that this guide to the best things to do in Swindon has given you some inspiration for your trip and helped you get to know the area when you do visit. If you are planning any kind of trip to Wiltshire, then Swindon is well worth a stop for a few days.

Also Check: Best Things To Do in Bangor Maine 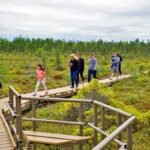 14 Best Things To Do in Bangor Maine 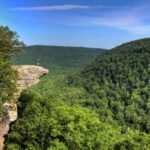 Best Things To Do in Texarkana, AR & Places To Visit in 2023 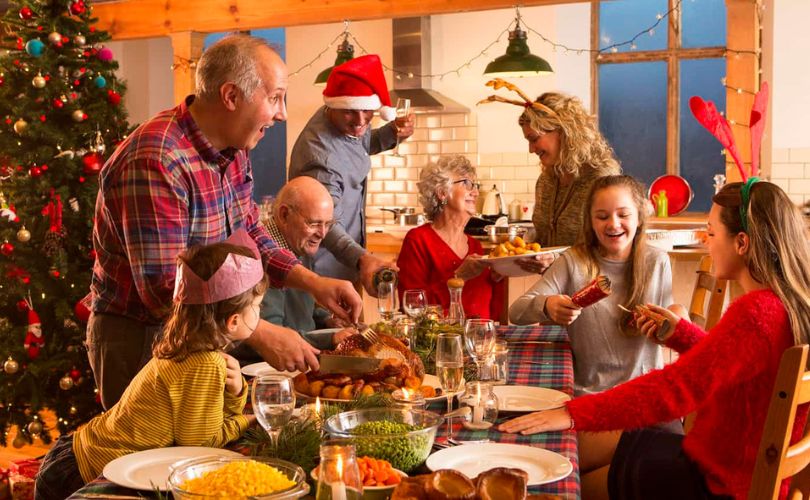 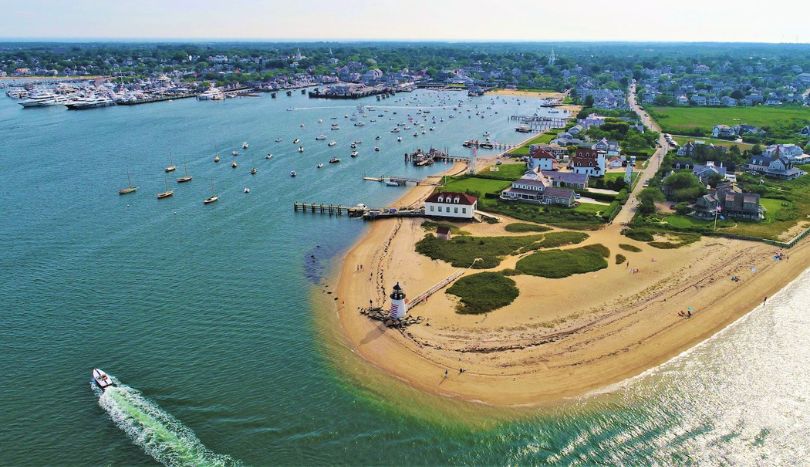 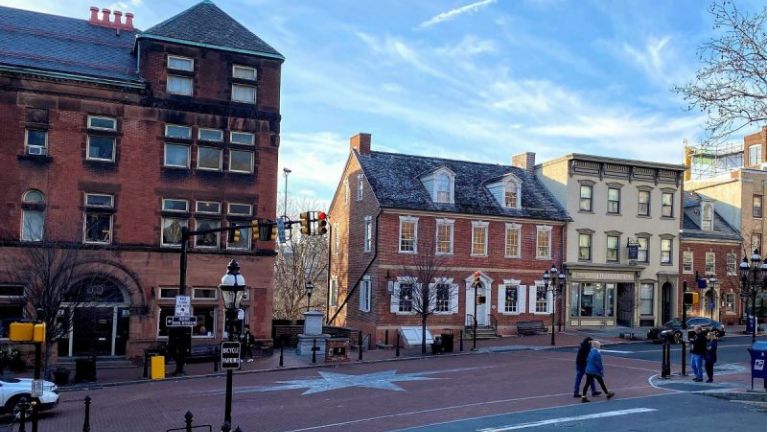