With the advent of FIFA World Cup Qatar 2022, the country has been busy establishing itself on the global tourism map.

The country hopes to welcome six million visitors annually by 2030. As a result, the unheard-of year of development signifies a significant turning point in Qatar’s rise as a tourist destination.

The ever-expanding list of attractions in the Gulf nation is now more accessible than ever thanks to the opening of a modern, affordable, and effective metro system in 2019. You might be surprised that there are best things to do in Qatar in a brief layover because the majority of attractions are concentrated in Doha, the country’s capital.

Because Qatar is not as huge as Connecticut, the United States, it does not require as much time to explore as its larger neighbors. Here are top 10 cool things to do in Qatar that should be at the top of your list.

The Msheireb Downtown district, located in the center of Doha, describes itself as the first sustainable downtown rehabilitation project in the world.

Although the marketing may not be entirely accurate, there is no doubting the architectural beauty of this small district, which combines Islamic and modern design features.

While the majority of the structures are brand-new, the Msheireb Museums have been established in four magnificently renovated historic homes.

The M7 design and innovation center at Msheireb, which opened in late 2021 and has already hosted fashion exhibitions by brands like Hermès and Christian Dior. The neighborhood, which is full with upscale restaurants and hotels, is serviced by a free tram.

The postmodern fortress-styled Museum of Islamic Art, which rises up from a specially created island off the coast of Doha, is Qatar’s flagship gallery. It is the home to the largest collection of Islamic art on earth, and is among the top places to visit in Qatar.

The National Museum of Qatar uses cutting-edge technology to depict the history of the country in a structure that was rebuilt to resemble a desert rose. The term ‘Desert Rose’ given to the crystal clusters found in the Qatari desert.

But these aren’t the only museums and galleries in Qatar that are worthwhile visiting. The 3-2-1 Qatar Olympic and Sports Museum, which opened in 2022, is a refined homage to sports. On the other had, the Mathaf, the Arab Museum of Modern Work, displays a sizable collection of contemporary art with an Arab lineage.

3. Marvel at the Public Art in Qatar

Qatar has acquired artwork in a variety of locations besides museums. The country is continually expanding its collection of public art, with a reported arts spending budget of over US$1 billion.

Pouce, a massive golden digit patterned after the late French sculptor César Baldaccini’s own thumb, may be found in Souq Waqif.

There are also numerous other artworks to be found in MIA Park and Katara Cultural Village.

There are a dozen or so works of art in Hamad International Airport, including a huge golden falcon created by a Dutch sculptor.

4. A Visit to Souq Waqif Would Be a Lifetime Experience

The expansive Souq Waqif complex, located in the center of Doha, is one of the most atmospheric areas in Qatar and is best explored in the nights when it is bustling with people.

Built on the site of an old market, Souq Waqif was renovated in the 2000s to resemble a 19th-century souq (market), complete with mud-roofed stores, exposed wooden columns, and some exquisitely preserved heritage elements.

The Souq Waqif, one of the few locations where people from all social strata congregate to feast on regional cuisine, shop for everything from antique daggers to traditional Arabian robes, or simply enjoy saffron tea. This is where you watch the entire world walk by.

Although some visitors might find the leashed falcon performances upsetting, the Falcon Souq gives an intriguing look into a popular Qatari pastime. Arabian horses are kept in nearby stables, and camels are frequently kept in a cage at the Corniche end of Al Jasra Street.

The largest mosque in the nation, Doha’s spectacular new Imam Muhammad Ibn Abd Al Wahhab Mosque has more than two dozen domes on its roof and resembles a fort. Undoubtedly, this is one of the top places to visit in Qatar.

The mosque’s arches and domes are attractively illuminated after dusk, making it possibly even more impressive from the outside.

Outside of prayer times, visitors are welcome to take a look inside the vast, completely unadorned prayer hall. Although this must be scheduled in advance with a local tour company.

One of the popular tourist attractions in Qatar which also forms a natural border between Qatar and Saudi Arabia. Tours like 365 Adventures normally last four hours, with the dunes commencing about an hour south of Doha, just beyond Sealine Beach.

In Qatar, camel racing gained popularity in the 1970s and is still a well-liked wintertime spectator sport

From October to February, races are staged on Fridays at the Al Shahaniya camel racetrack west of Doha, and is among the fun things to do in Qatar.

In March and April, there are additional significant events, like HH, the Emir’s Main Race.

Robot jockeys, first employed in the 2000s, are now used in Qatari camel racing. This change put an end to the Gulf’s once-common harsh child labour sector, but tourists who care about animal welfare should be aware that the robot jockeys are equipped with remote-controlled whips.

While gambling is prohibited, race winners get sizable payouts from

Al Zubarah Fort, the most conspicuous element of Qatar’s Al Zubarah Archaeological Site, was erected in 1938 to protect the country’s northwest shore.

The fortress, which was in use by the military until the 1980s, has now been renovated and transformed into a museum.

The former pearling harbor of Al Zubarah, which was abandoned at the beginning of the 20th century, is commemorated within with exhibits that detail its history and pearling tradition.

The fort is the only area of the site that is currently accessible to visitors; however, if you stand outside and stare toward the sea, you will figure out the spreading remains of the lost -lost abandoned town.

One of the best things to do in Qatar which is actually 1.5 hours’ drive from Doha.

9. Explore the “Arabian Riviera” at The Pearl

The Pearl, which is situated on the northern outskirts of Doha, is Qatar’s response to Dubai’s The Palm Jumeirah. It demonstrates how oil and gas fortunes can be spent.

A lovely seaside promenade packed with cafes and restaurants can be found at The Pearl’s Porto Arabia sector, which is surrounded by a marina filled with yachts.

The Venetian-inspired Qanat Quartier, which features canals, vividly coloured apartment buildings, and even a replica Rialto Bridge, is where most visitors find more enjoyment. It’s far from authentic, yet you’ll feel a world away from Qatar.

The presence of approximately 900 rock carvings depicting rosettes, fish, dhow boats, and other subjects on a rocky outcrop in northern Qatar is one of the country’s greatest mysteries.

Close inspection of the badly preserved shapes may leave you unimpressed. But visualizing communities here hundreds, maybe thousands of years ago is a compelling experience, and one of the crazy things to do in Qatar.

Some archaeologists believe the petroglyphs, which are located 90 kilometers north of Doha, date back to the 3rd century BC, while others say they were constructed between the 10th and 18th centuries AD.

Best Places to Eat in Qatar

Qatar may be small, but its vibrant city has a vast culinary selection. Offering both cosmopolitan and Middle Eastern food, there is something to satisfy every taste and appetite. Here are some of the top recommendations –

At the Doha Radisson Blu Hotel, this little Chinatown delivers sizzling sirloin, delicious noodles, and hot lobster.  Everybody can find something they enjoy because traditional Chinese cuisine has been modified to appeal to global preferences. The food here is of an exceptionally good caliber, and the licenced bar is well-stocked.

Although one may infer from the name that this establishment is in a rural area, it is actually right in the middle of Doha’s business district. Perhaps the homemade food and the genuine friendliness of the American owners allow Ric’s to be considered “country.” So you’ve come to the perfect location if you’re looking for waffles, T-bone meats, or pillow-soft hamburger buns.

This Greek getaway, located in the Intercontinental Hotel next to West Bay, can transport you to the Greek islands in the time it takes to receive a menu. On the waterfront, adjacent to the swimming pool, and just a few hundred meters from the sea, Mykonos offers genuine Greek cuisine. In addition to sizzling kebabs served with a rich tzatziki dip, you can eat culinary classics like pittas, moussaka, and spinach pastries.

Layali is a joyful cacophony of hummus eating and shisha smoking in a fantastic Arabian Nights setting.  Traditional Lebanese food is served together with live tarab music that includes a bouzouki musician. A fantastic dinner is ensured in the roomy eating area, and the soft live music notes perfectly match the robust flavors of the food.

Best Places to Stay in Qatar

Qatar is one of the nations with the highest standards for luxury, and this can be seen in every hotel in the capital city. Doha offers accommodations for every taste, from posh five-stars to vintage boutique hotels.  Luxurious accommodations provide breathtaking views of the Arabian Gulf and world-class restaurants. Additionally, there are plenty of options for the discerning tourist with the 2022 FIFA World Cup underway. The following are the top hotels in Qatar’s capital.

A resort within the Doha Oasis complex, The Banyan Tree Doha offers visitors a really exceptional experience. Each hotel features stunning views of the Gulf, access to a top-notch spa, and delectable dining options. The available massages, facials, and body treatments are difficult to choose from. If not, unwind in the cooling hammam while it is hot and steamy.

The Mandarin Oriental Doha celebrates Qatari tradition with opulent decor down near the Corniche and Souq Waqif, in the spotless and recently created Msheireb area. Doors are fashioned to mimic oryx horns, traditional mashrabiya window lattices are used to shade the windows, and sand dune patterns can be seen on the carpets, fabrics, and lighting fixtures. The rooftop pool and its cabanas by the pool are undoubtedly among the best places in the city to watch the sun set.

Entering the W’s first Middle Eastern outpost is like walking into a never-ending party.   There are many curves in the 442 rooms, including curved desks and mattresses, fractal patterns on the walls and drapes, and seats that are positioned to look out at the sea or the rising skyline. Business travelers will value the hotel’s excellent West Bay Financial District location, attentive service, and resistance-free lap pool.

The Bismillah is a cultural gem and one of Doha’s older hotels. The carefully chosen colors, patterns, and textures in the rooms create an experience all their own by fusing more contemporary style with traditional Arabic architecture. A huge king bed, kitchenette, spacious bathroom, and private balcony with city views are all features of the suites, which provide plenty of area to unwind. It’s simple to unwind—take a bubble bath or lounge on the balcony and stare out over the surrounding market and gardens.

When are You Planning Your Trip to Qatar?

Qatar is about to be one of the most visited countries in all of the world, which means it will become more crowded with all kinds of people. If you don’t mind crowds, then by all means, go and check out the country during your free time or on vacation. No matter what you do in Qatar though, it’s a certainty that you’ll have fun doing it! 10 Best Things To Do in Fort Collins (Colorado) 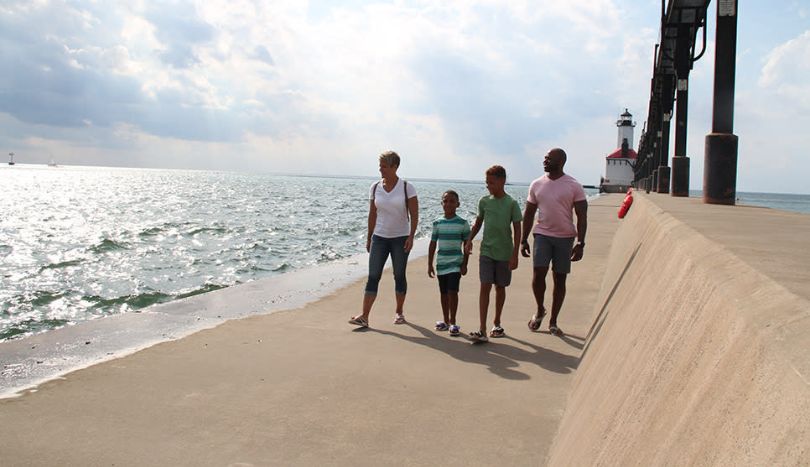 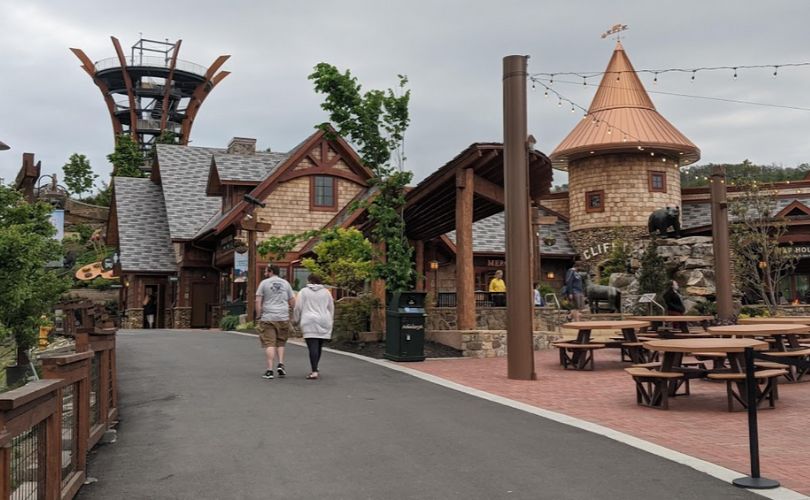 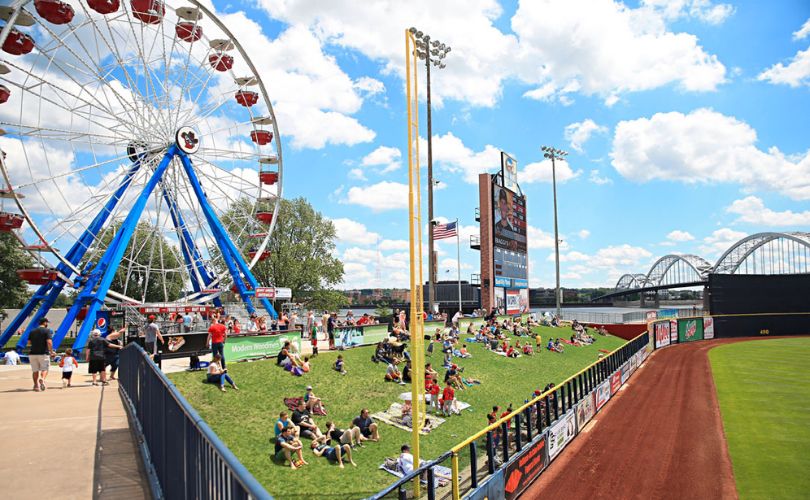